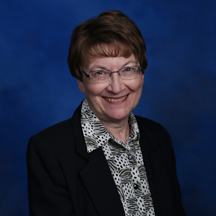 I began my career as a general Medical Technologist and eventually specialized in clinical bacteriology in local hospital. I returned to school to earn an MS in Medical Technology specializing in Microbiology. I continued to work weekends in the hospital while working as a research technician in immunodermatology. I pursued further graduate work and earned a PhD degree in Microbiology from UB. During my thesis work I became interested in molecular mechanisms of infectious disease. As a post-doc I focused on characterizing the genes of the fimbrial operon and biofilm formation by the periodontopathogen Aggregatibacter actinomycetemcomitans. These studies expanded into gene regulation in A. actinomycetemcomitans by small non-coding sRNA. We have recently used RNA-Seq to investigate the effect of amylase on Streptococcus gordonii. Whole genome sequencing has been used to explore the phylogeny of amylase-binding proteins in various Streptococcal strains. We are also discovering potential new functions for amylase-binding protein A from Streptococcus gordonii and pursuing new experimental evidence. We are also working on oral microbiome projects with clinical physicians and dentists.

Login to Update Your Profile