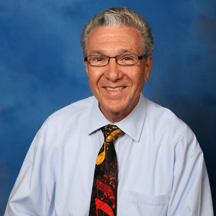 Dr. Fagin received his dental degree from the State University of New York at Buffalo School of Dental Medicine in 1970 and his Certificate in Prosthodontics in 1972 from Boston University.

An international lecturer and educator for over 40 years, Dr. Fagin frequently updates his colleagues on the most recent advances in cosmetic, implant and reconstructive dentistry. He is currently a part-time Associate Professor in the Dept. of Graduate Prosthodontics at SUNY at Buffalo School of Dental Medicine and has conducted several “Hands-On” courses for dentists on “Anterior Esthetic Makeovers” at the school’s Esthetic Dentistry Education Center and for the University of Florida School of Dentistry’s Mastership Program in Fixed Prosthetics as well as Esthetics and Implant courses for AGD chapters. Dr. Fagin has served as Prosthodontist Advisor to several Implant Study Clubs over the past 28 years. He was voted by his colleagues to “Best Dentists in America” 2004/2005/2013, 2008“Global Who’s Who Man of the Year” in Dental Health, “Top Dentists” 2008/2014/2015/2017/2018 and was elected to faculty membership in the Honorary Dental Society Omicron Kappa Upsilon. He was awarded Diplomat status in the International Congress of Oral Implantologists in 1994. Dr. Fagin assisted on faculty at the Misch Implant Institute 1991-1993 (Detroit) and 2006-2007 (Rochester). He is also an honored Fellowship recipient of the International College of Dentists (1993 ) for his contributions to Dentistry. In 2013 Dr. Fagin received the coveted ‘FRANK STONE AWARD‘ from the Erie County Dental Society for all his years of contribution to dentistry in Western New York.
In every year since 2013, he promoted National Prosthodontics Awareness Week both at SUNYAB for the students and within the Buffalo community. This year with the help of faculty and students it was done virtually and had a great turnout. He started the "Dentistry Smiles on Veterans" program with the dental school and 8th District Dental Society.
Dr. Fagin is also an active member of the American Academy of Fixed Prosthodontics, the American College of Prosthodontists, and Alpha Omega International Dental Fraternity. To learn more, see his website at www.transformyoursmile.com.

Login to Update Your Profile